A woman weighs her values as her past dissolves with the promise of a resplendent future. 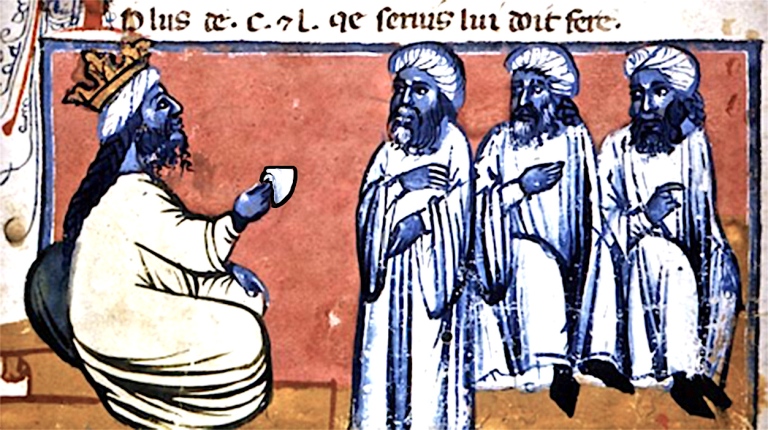 ‘When Meghan pressed on the door handle she wondered if she was entering the right room, after all, it was a castle and they must have at least 120 toilets on the grounds. “Or maybe they all use the same one”. She thought, giggling to herself.

As she walked in she stared at the shining orb on the back of her hand. She’d only seen it briefly before it was placed on her finger a few hours earlier, forever. She couldn’t ignore the word ‘forever’ and what it really meant. This type of word was only read in fairy tales between sentences with words like ‘happily ever and after’ and ‘ever and ever’ when speaking of that fantasy, romance type of love.

It immediately dawned on her that this was now what she had dreamed about as a child. Of course, it was a thought deep inside her sub-conscience, never meant to realise into the cold, hard world of disappointment. Never did she think that she could be the lucky one, out of all those women on the planet, that would be offered a prince’s hand in marriage.

It suddenly felt Dájàvuishly real. The oak around the mirror, the polished marble floor, the indigo towels and the seat in the corner with the ivory crest rail, all felt familiar. Her spirit started to retreat just like in the movies when the character had a sudden awareness.

It was only meant to be a dream and the last year had been like shooting a TV series, only this time she was the supporting actress to a country’s beloved prince. It was surreal, all of her past appeared to be a setup for this final scene. She smiled to herself at such a great performance. Not just anybody could walk to the church, down the aisle, up the steps and out the church into a horse-drawn carriage, wearing such a delicate garment without a hitch. She did ‘almost drop the ring though’, She thought.

She started to breathe deeply, then deeper. And deeper still. The anxiety started to kick in. She started to ponder on how long she’d have to keep this up for. Being an actress in the public really hacked at her privacy but this monumental move made that look like a walk in the park– she now belonged to the press.

Of course, she was briefed on what she could expect; disguises, fake–ID’s all proven methods to float in and out of society, to a degree; but she could never meet privately with someone unfamiliar, never again. It would make the news if she even spoke to a common person for more than a fleeting moment, that’s if it wasn’t a pre-staged event arranged by her PA for her PR, or some other synthetic angle in her synthetic life.

She wondered if she was up for it.

Ploop! Ploop! What the hell? She knew that sound but she wished she didn’t.  Somebody was employing the toilet. She jumped to attention and nearly fell down. There was a very short silence followed by the finale–the sound of ripping toilet paper. It was that quiet in there: she even heard it drop into the toilet bowl afterward. The toilet flushed behind the door. Meghan, quite naturally, looked up in the mirror as if there would be something to see. Sometimes in a panic, the ears contact the eyes for no reason at all.

The door unlocked. It had to be a royal but who? It was only then that she became aware of the smell of death around her. It was there all the time but only in her sub-conscience. It became apparent in the most embarrassing way. Whoever was performing was obviously a serious meat eater, as a veteran vegetarian, she knew that immediately. It smelled like a broken turd on a hot day. It would have been better to have been able to blame it on an animal but there seemed no reason for a two-legged human to evict such waste.

“Meghan! You’d better get familiar with the toilet on the north wing of the estate. It’s already been decorated in your favourite colors. It shits… erm… sits erm right in the hall opposite yours and Harry’s room”.

The little lady still had her head down from fixing her skirt while she was closing the little gold-framed door on the partition.

‘Yes, Maam’. said Meghan. She was stuttering while trying to remember if she’d verbalised any of her thoughts. It was almost as if she knew that was going to happen to her. The very, very last thing she needed on earth was a toilet chat with the Q of E. A woman that she’d only met, ‘in public’, twice; only with the press or other royals present.

You do know it was this very day 400 years ago that my dear great, great, great grandmother was born?

‘Yes Your Majesty, I am aware’.

‘Do you eat chicken Meghan’? Meghan didn’t know whether to act like she wasn’t insulted or to perform around the embarrassment of it all.

‘It tends to rot almost to the point of extinction inside the body. Poooh! That thing smells like a week old battlefield. Always does that to me. I really don’t know why I bother’.

“The venison was exceptional Ma’am”?

“Did you say venison, I love venison, you’ve got me figured, haven’t you? I have it on a weekly basis. Just something about the way the flesh surrenders when you tear it with the knife, but it has to be cooked properly. Charles found a darling lady from Moldova who does it just right for me, every time”. She proclaimed closing her eyes.

“Harry told you didn’t he”. She was smiling, you could see her mind had taken her to an imaginary table like she was just about to sit down to eat it at that very moment. The putrefied smell created the opposite desire for Meghan. She wondered if her repulsed face was obvious.

‘No ma’am, just a lucky guess’. Said Meghan feeling happy for the acknowledgment of their little intimate connection.

“Yes, yes I was meaning to ask, was the pastor your idea Meghan or was it Harry’s”?

‘Oh, no uh, he’s a distant family friend of mine but Harry insisted on me using him, I’d never heard his sermon until today, I didn’t expect… he’s normally’…

“Oh! Don’t worry Meghan, he brought the fire we needed. He certainly improved on those boring, cold sermons we normally have, all they’re good for is insomnia”.

The Queen used her authority to interrupt whenever–after all she was the Queen.

“Meghan, I also wanted to ask, since you’re here now it saves me calling a pointless assembly. Anyway, you do realise that Diana was, well”, Meghan’s heart jumped out into her chest anticipating what was next.

She was such a sparkle but just not a Markle. Just a bit too liberal for a royal. Not that we aren’t liberal it’s just so difficult to get the balance right, to keep a sense of distance from the common folk and at the same time be one of them”.

‘I agree Maam, it must be quite a job to find the right balance. But I do think the uniting of Harry and I is statement enough for this decade, I think it really will break down those barriers that most people swore could not be broken’.

“Not at all dear”. Said the mysterious old lady while turning the gold tap handle. They only spouted warm water under the soft blowing hand dryer above. It was obviously made bespoke. It had a tiny personal looking Dyson symbol written on it with Dyson’s signature. Meghan wondered if the Royals had paid them for the privilege, noticing it right then.

“No, not to take away your little love irony but we do this traditionally every so often. As you know, my great, great, great, Grandfather George, III, had married my Grandmother in much the same way. That Moorish blood that swivels around your body is all the royalty we need for now.

‘Oh, of course’. said Meghan, not quite understanding.

“Yesss, the honour is mine. There’s the unofficial royal family then there’s the bloodline. But as I was saying, you will be careful not to…well, bring too many… you know, how can I put it”?

She stopped and focused on Meghan’s dress.

“I really loved your dress, that must have been the longest runner I’ve ever seen in the family. They tend to get longer and longer each generation. And I’m so glad you went with a British designer, is it Clare Keller”?

“You know, my name’s Liz. That’s what they call me here, in our private space, it’s okay just never, ever in public. No matter what I feel about it the press will eat you”.

Then the word echoed.  It wouldn’t stop, it echoed around in Meghan’s head. ‘Liz–Liz– Liz,–liz’.  She went from hot to cold all of a sudden. It was only then she realised that her temperature was way above normal, she was hot but felt cold. It was like she had been lowered into a boiling tub and her body had sent out a cold chill to penetrate the heat and restore its balance.

The words were still echoing in her head without pause. ‘Liz– Liz-–Liz–Liz’. Her eyes became blurry. The royal senior seemed to grow in size, she was smiling and growing bigger while walking towards her.

Her skin looked rough and dark like a rhinoceros’s. It seemed cracked and rough. Meghan’s legs shook uncontrollably, meanwhile anxious air bubbles in her colon began animating and parted her gluteus to escape. Her whole body exhaled as she wobbled. She fell forward; her left leg kicked forward as if she was drunk, it was all she could do to avoid falling.

The sudden step shifted her weight and sent her even more off-balance.

She was still hearing those words doubling then tripling as she tried to step again so not to fall but the leg received the command too late. It looked like her majesty had split into two then three.

“Is she down”? Said another slightly familiar voice by the door.

“Not yet Phil, go away, must I continue to warn you about your impatience and put that thing away”?